It has been a beautiful Saturday. Lots of sunshine and cool breezes. Trees are blooming and the honeysuckle will hopefully keep spreading! 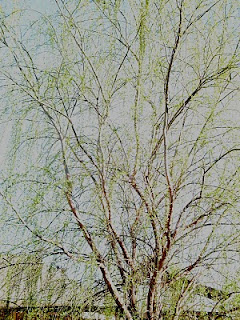 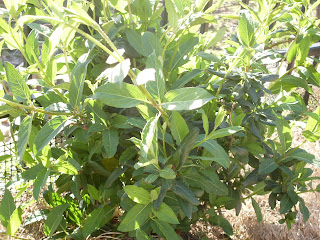 Up at seven, sipped some coffee, began the weekend laundry, and listed out the errands that needed running.

My car needed a bit of tire mending... a screw and a nail were causing one to consistently deflate so patching was in order. Can you believe that I didn't have to pay a dime to have this repaired? I can't recommend Discount Tire enough!

Bridal Shower invitations for my lil' sis' shower in April were mailed at the post office. Copies were made at Kinko's. Strange sized batteries were purchased at Radio Shack. A deposit was made. My car was picked up. And we were back home and ready to tackle chores before eleven. The backyard was poop-scooped and weeded, then the couch started calling my name for a wee nap. I think I dozed for an hour and a half. Loved that.

Yard work in the front began... weeds to be pulled and grass that needed mowing for the first time this season. I left most of that for Hubby. Now I'm to work on my craft/sewing cabinet. Let's see what I can make of it...

But first, another cup of coffee. That couch is still calling to me, along with HGtv!
Posted by Shorty at Saturday, March 13, 2010