Looking for a job, eh? 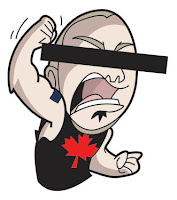 I am baffled....completely baffled. At work I've been calling to set up interviews for a position we have available. Granted, the position isn't glamorous, and part of the job duties involved are working in a warehouse, but I am stunned at the caliber of some of the men I've been speaking with on the phone.

I had one gentleman answer his phone with, "Yeah...." until he heard that I was calling about a job opportunity. Then he became the most eloquent man of the day! Go figure. Then he had the audacity to say he could stop by sometime the next afternoon. Uh....NO! You can schedule an appointment, Dude, or I'll be happy to lose your resume. Turns out he wasn't really ready for an interview because he had to run some errands for his son and would have to get back to me about scheduling an appointment. Hmmmm....I wonder if our hours of operation would fit ok with his errand schedule. How about we don't find out....

Another gentleman, who claimed to be bilingual, was really only fluent in a language other than English. After saying our company name at least ten times he still couldn't get the first word, nor could he understand the name of the street I was directing him to. Even spelling it out didn't help. Fortunately he lived over an hour away from our office and his commute would've been treacherous, so he decided it wasn't a good idea to come in for an interview. I had to agree!

Don't get me wrong...we have had a couple of seemingly great men apply for the position. Not everyone seems to have forgotten phone etiquette and the need for professionalism. I'm just stunned that some adults who have sent out their resumes can behave in ways that make them look absolutely horrible right off the bat. Oh well...I guess I should thank them for making the screening process go just a bit faster, right?
Posted by Shorty at Tuesday, August 12, 2008