Ok, so where was our anthem? 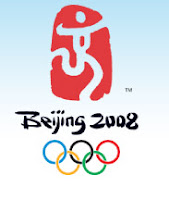 As I'm sure most of you were doing last night, my husband and I were watching the Olympics. We were so proud to watch the success of the men's swimmers last night, especially in the face of the arrogance the French men had exuded. Watching the women's gymnastics was great, too, even though the ladies didn't perform as they had hoped.

The talent these people have is amazing! Their dedication is more than admirable! We were so proud to watch all of them.

I just have one complaint.... Sing our National Anthem, for Pete's sake! I can't stand watching our countrymen and women stand there in such a moment of glory and not at least mouth the words to The Star Spangled Banner. Especially with all the global battles our country has going on, no matter if they agree with them or not, they should stand as proud as possible taking the Gold.

I found myself thinking, "Oh, maybe they are just really nervous and zoned out." If that is the case, then all future Olympians (and their support staff) please take note... I know it took you guys a long time to travel to China. Couldn't someone have taken the initiative to practice with our teams on the flight over so they would comfortably know the words??? Here's a little something to get you all started...

Oh, say, can you see, by the dawn's early light,
What so proudly we hail'd at the twilight's last gleaming?
Whose broad stripes and bright stars, thro' the perilous fight,
O'er the ramparts we watch'd, were so gallantly streaming?
And the rockets' red glare, the bombs bursting in air,
Gave proof thro' the night that our flag was still there.
O say, does that star-spangled banner yet wave
O'er the land of the free and the home of the brave?