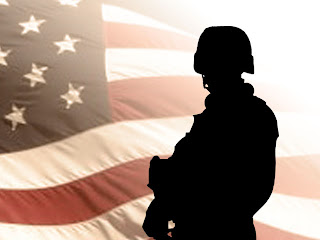 What an anniversary today's date marks! I can't believe it's been seven years since the Twin Towers in New York and the Pentagon were attacked . I can remember exactly what I was doing when I heard about the first plane crash. I'm sure you can, too. I remember being scared that we would have attacks all over the country for years to come. Fortunately, our government intervened and we haven't been attacked like that again.

Many things have changed since that day. We've practically been at war ever since. Even though the invasion of Iraq started in 2003, the United Kingdom helped us invade Afghanistan the very next month after the 9/11 attacks. Our country seemed so unified about war back in 2001 and now our country seems so divided.

The main thing I want to remember today is that we are still a free country and not by chance. We are blessed with so many freedoms every day. We have to thank our military for that. We have to remember that there are people from our country that are fighting the battle for our continued freedom every night and day....men and women who are away from their families putting their lives in harms' way so we can function normally. Let us not forget their service to us.

Thank you to all of our soldiers and the people behind the scenes helping the military to function. I pray that they never lose the fight. And, an ongoing fight it will always be.
Posted by Shorty at Thursday, September 11, 2008